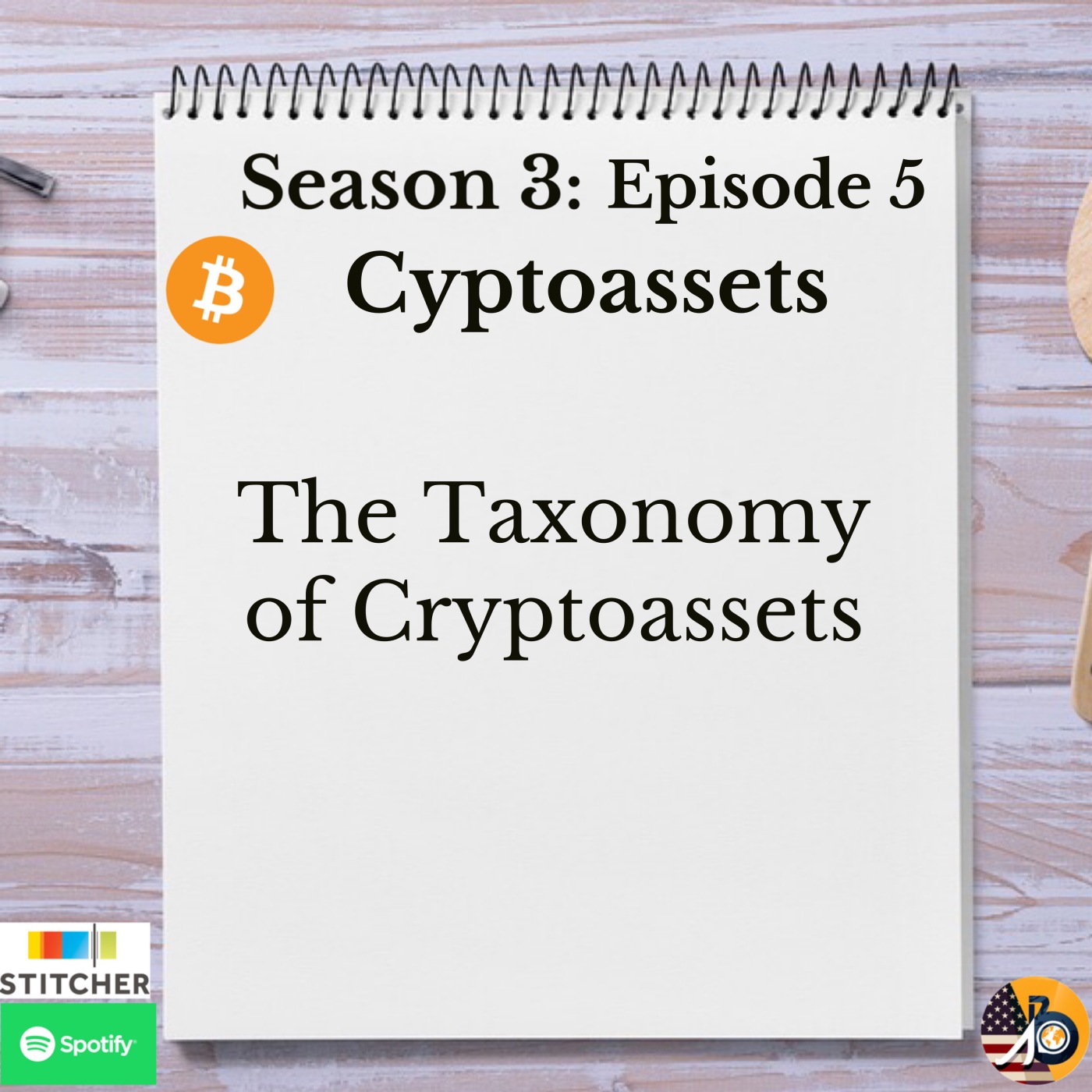 As I was saying in the last blog, bitcoin had a hell of a spike in November of 2013, capturing the attention of the People’s Bank of China, which then slapped restrictions on bitcoin’s use. Shortly after, FBI captured the creator of the Silk Road, Ross Ulbricht,  and then the collapse of the biggest exchange happened.

Bitcoin’s price declined over the next two years; meanwhile, developers were building different gadgets to atop it.  When this happened, developers didn’t really want bitcoin; and instead, they would much rather want to use blockchain. Of course blockchain was underlying Bitcoin, and then there was the explosion in the blockchain technology space, catapulting other coins into the sphere.

The Taxonomy of Cryptoassets

You can see how fast crypto moves.  Potential investment opportunities are identified quickly by investors when they look into the digital siblings….and that’s why it’s time to dive into specifics.

Cryptassets are either cryptocommodities or cryptotokens, which are finished digital goods and services.  Lots of this can become confusing, so my goal is to explain in simple English and how it relates to you.

If we look at money, which is in your wallet or bank, it’s made on paper that has no value; however, it has the illusion of value. If we look at what commodities are, they’re essentially oil, wheat, copper, steel — those are common commodities.

Digital commodities, on the other hand, are compute power, storage capacity, and network bandwidth.

These digital commodities, when provisioned via the blockchain network, become just as important and turn into cryptocommodities.

Cryptokens are in the beginning stage of it all.  Because they require currency and commodities, it will take longer to gain traction.

This is essentially what these are, and in the next podcast, I will be talking about the cryptocurrencies today.

Listen to “Cryptoassets: Season 3: Episode 5 – The Taxonomy of Cryptoassets” on Spreaker.https://widget.spreaker.com/widgets.js